Chrysostomos Stamulis, love, eros, freedom, culture of incarnation, theology of risk, theology of the Word of the Flesh

The article analyzes the key issues of the theology of the modern Greek theologian Chrysostomos Stumulis. Emphasizing the need for the development of Orthodox thought and a clear definition of its place and role in the modern world, the theologian raises issues that are a definite taboo not only for Orthodoxy, but for Christianity as a whole. The problem of the correlation of Eros love and Agape love acquires a new interpretation from theologian, which reveals new horizons for the creation of the latest Christian anthropology. In this context, the view of the theologian is revealed on the relationship between the key anthropological categories of Christianity - faith, love and freedom. Violation of their interaction generates a distorted embodiment of these qualities, which necessitates degradation both of society and of man. The theologian emphasizes that the inability of the Church for millennia to boldly raise the question of the nature of Eros and give him a worthy place in the nature of incarnation limits both the Church and the understanding of Christ. Modern theological thought must respond to problems that are too acute in society, despite the fact that they can be a challenging task for Orthodoxy. The ability of theology to respond to them, generates a "high risk" theology, which has the determination to speak and show the morbidity of an idealized past, dare to point out that some aspects of universally accepted truths are obsolete. The formation of a culture of embodiment is the basis upon which the theologian develops the Theology of the Word of the Flesh. Spirituality, which denies incarnation, in the opinion of the author, appears as pastoral idolatry and leads to dehumanization of society. Understanding the culture of theology as a manifestation of the culture of the flesh, as an expression of all aspects of human life in the perspective of their transformations through the Person of the Incarnate, appears as a continuation and expansion of creation. Love requires the adoption of matter and the human body. Only in this sense disclosure of a human as a Person, in the full extent of his creative spirit. Holistic understanding and a fair assessment of love - eros describes it as an opportunity for revelation and knowledge of both human personality and divine. Violating questions of love, sexuality, desire and satisfaction, the theologian indicates that they have not only anthropological nature, but are a holistic manifestation of the essence of the church body. Consequently, the accusation of Eros by Orthodox theologians points to an inhuman society, full of objections and accusations in human existential self-consciousness. The theologian draws attention to the need for theological discourse in the 21st century in the context of the formation of modern anthropology, in the aspect of disclosure of its completeness, which was lost in the abolition of theology. 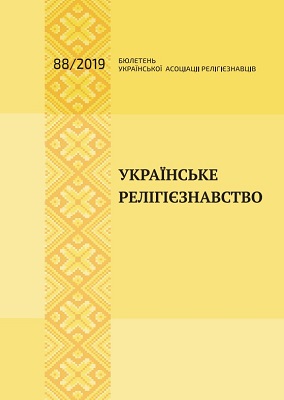