In this issue, the founder of the Donetsk regional branch of the Ukrainian Association of Religious Studies (UAR), theologian, candidate of historical sciences, senior researcher of the Department of Religious Studies of the GS Skovoroda Institute of Philosophy of the National Academy of Sciences of Ukraine, President of the Center for Religious Studies member of the Expert Council on Freedom of Conscience and Religious Organizations under the Ministry of Culture of Ukraine, member of the Strategic Council under the Minister of Culture and Information Policy of Ukraine. I. Kozlovsky worked for more than 25 years in the Donetsk Regional State Administration as a chief specialist and head of the department for religions, in the early 1990s he established the College of Religious Studies at Donetsk Open University, which was later transformed into the Faculty of Philosophy and Religious Studies of the State University of Information. intelligence (DUiISHI), and has done much to promote interfaith and interreligious dialogue and cooperation in the Donetsk region, whose religious map is very diverse.

At the beginning of the Russian-Ukrainian war, I. Kozlovsky became one of the organizers of the interfaith prayer marathon "Prayer for Ukraine", which took place in Donetsk from early March to November 2014, which was attended by members of the Donetsk branch of the UAR. Until 2016, some members of the UAR, led by I. Kozlovsky, who still remained in the occupied territories, collected data on the state of religious freedom in Donetsk and the region. In 2016, I. Kozlovsky was imprisoned by a terrorist group of the so-called "Donetsk People's Republic" and was held captive for almost 2 years (700 days). 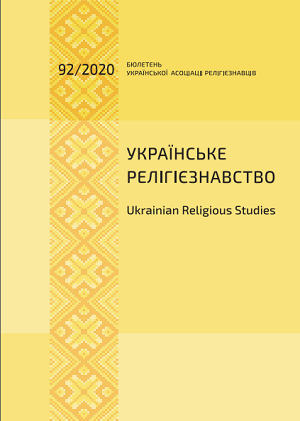