Abstract: The article analyzes the features of the doctrine of the church of the outstandingProtestant theologian of the early XXI century Miroslav Volf. Volf's understanding of the church as a reality that preceded the emergence of the individual as a Christian means a radical break with liberal Protestant ideas of the church community as created by the voluntary decision of individuals. But Volf does not share the collectivist idea of ​​the church as an organism in which the individual is completely subjugated to the whole. It is established that Volf creates a communitarian model of the church, in which the church community is understood as the unity of diversity. Unity itself has the character of interpersonal relations. Individuals with different charisms in the community interact with each other like the fellowship of the Three in God. Communitarianism in Volf's ecclesiology as a "middle way" between liberal individualism and total collectivism has all the hallmarks of postliberal theological theory. It is proved that Volf's communitarianism became a creative development of Christian personalism of the XX century with its emphasis on the existential freedom of the individual and the importance of interpersonal relations.

Volf succeeded in building ecclesiological communitarianism not so much because of his many specific speculations about the organization of church communities, but because of his vision of personalism. Namely, as we noted above, Volf combines the idea of ​​personality as dependent on its relations with other personalities (here he develops Ratzinger's theory) with the vision of personality as an apophatic secret that is higher than all its properties and charisma (here he creatively interprets the theory Zizioulas). Accordingly, a personality that exists in absolute openness to the influences of other personalities on the one hand, and is absolutely unique on the other, makes possible the existence of a communitarian church community. Volf emphasizes that the catholicity (completeness and completeness) of the individual Christian personality is as necessary as the catholicity of the whole church community. The characterization of the individual as a conciliar presupposes not only the traditional ideal of the integrity of all faculties and the charisma of the individual in his intention to communicate with God, but also the vision of the legitimacy of the inner diversity of the individual. The possible complexity of the identity of the individual is almost infinite, and the willingness to accept it in the community - the main feature of Volf's communitarianism. Similarly, every ecclesial community must be ready to accept as Christian all other ecclesial communities, whatever the peculiarities of their identity. It is clear that such an understanding of catholicity is possible only in Protestantism. As Volf rightly points out, Catholicism presupposes that the ecclesial community must be the local embodiment of the common ecclesial identity of the whole structure, and Orthodoxy emphasizes that a separate community is necessarily identical in identity to the common identity of the church through the Eucharist. Volf's communitarianism allows us to describe church communities and their associations as network structures in which all individuals are active actors whose abilities and charisms are important for the constitution of communities.

Strizhachuk F. The Influence of Trinitarian Theology on the Doctrine of the Church // Theological Reflections: Special Issue, 2014. c. 107-123 [In Russian]. 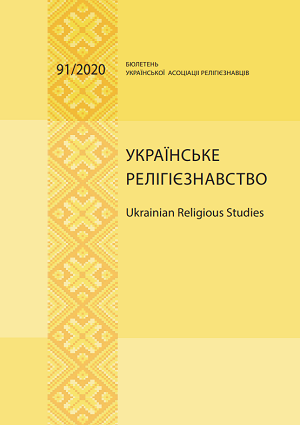