Abstract: Ismail Gaspirali was a famous Crimean Tatar intellectual, educator, publisher and pantyukist politician who inspired the Jadidist movement in Central Asia. He was one of the first Muslim intellectuals in the Russian Empire who recognized the need for a reformation in education, culture and modernization of Turkic and Islamic communities. He is considered the architect of modernism among the Turkic Muslim subjects of the Russian Empire. Educated in Muslim schools, at the Russian Military Academy and abroad (France and the Ottoman Empire) he returned to Crimea to found one of the most important ethnic periodicals in the history of Russia – “Tercüman” (Translator). Ismail Gaspirali believed that the influence of misdirected religious orthodoxy doomed Muslims to cultural inferiority in the face of modern Western technological, military, political and intellectual hegemony. He believed that progress required educational reform, teaching a modern curriculum with modern methods, encouraging socio-economic cooperation and cultural borrowing. He disseminated his ideas through numerous brochures and periodicals magazins. However, he remained quite moderate in an intellectual sense in terms of practical influence on the life of communities, this was felt in the 1920s. All over Russia there were empires where Muslims lived, as well as in Turkey, Egypt and Muslim India. Ismail Gaspirali spread his ideas mainly because of the newspaper “Tercüman” founded by him in 1883, which existed until 1918. In his publications, he called for unity and solidarity between the Turkic peoples and advocated their modernization and Europeanization. He believed that the only way to modernize was education. Widely advocated educational reform and criticized the traditional education system in Muslim schools, which emphasizes religion, and developed a new method of teaching effective reading in their native language and implemented curriculum reforms.

In particular, our research will analyze the period of formation and formation of the Crimean Tatar society's enlightenment at the end of the 19th century and the beginning of the 20th century, which was headed by Ismail Gaspirali. It is with his name that the era of modernization is associated, not only of the Crimean society, but of the entire Turkic world in all aspects, in particular in the field of education, religion, culture. Also, the article describes the epoch-making of the largest thinker of the Turkic world in the socio-historical plane, through the prism of his literary heritage. The name of Ismail Gaspirali is associated with the foundation and development of the educational movement of the peoples of the Islamic East - Jadidism (a new, sound method of teaching literacy, in a broad sense - renewal). This direction has radically changed the essence and structure of primary education in many Muslim countries and in the homeland of its creator - Crimea. The teaching of Crimean Tatar children was given a more secular character. Ismail Gaspirali developed the basis for reforming the traditional Muslim ethno-confessional system of public education. His “new teaching methods” were successfully applied not only in Crimea, but also in Tatarstan, Kazakhstan, Bashkortostan, Tajikistan, Turkmenistan, Uzbekistan, Azerbaijan, Turkey, Northern Persia and Chinese Turkestan.

Abdirashidov Z. (2011). Ismail Gaspirali and Turkestan at the beginning of the 20th century: connections-relations-influence. Tyumen: Academy.

Vozgrin V.E. (2013). History of the Crimean Tatars: Essays on the ethnic history of the indigenous people of Crimea. St. Petersburg: Nestor-History.

Gimadeeva L.I. (2000). Historical and linguistic analysis of the language of the newspaper «Tercüman» (1883-1918) by Ismail Gaspirali. Abstract of the dissertation for the degree of candidate of philological sciences (pp. 8-20). Kazan.

Usmanov M.A. (1993). About the triumph and tragedy of Gaspirali's ideas. Kazan: Fund Zhien. 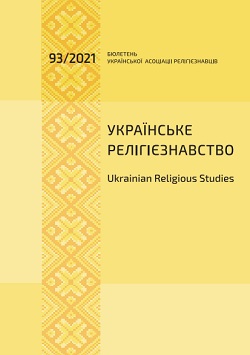