The instruction of the President of Ukraine to provide at the educational institutions of the country the teaching of an optional course with indeterminate content “Ethics of Faith” caused a stir both from the representatives of denominations and from the educators. The former have for some reason been seen as legalizing teaching in Christian Ethics schools, although it is not a subject of the Instruction. The so-called traditional Churches, which in their aspirations to seize the opportunity with the help of the state to bring back youth, sought to ignore the presence of not only Jewish, Muslim, Jewish, Orientalist denominations in the country, but also sought to ignore the presence of Catholics in the country . So, in Odessa the Moscow-Orthodox Church gathered allegedly on behalf of the city and regional state administrations of directors of schools with the instruction to them (from themselves, of course) already to begin in schools of studying of Christian ethics, and since there are no textbooks from the course, it was recommended to study the culture »According to the textbook of the Moscow author A. Borodina, where, of course, there is no longer a question about Ukrainian spirituality, the Russian spirit is in every possible way. 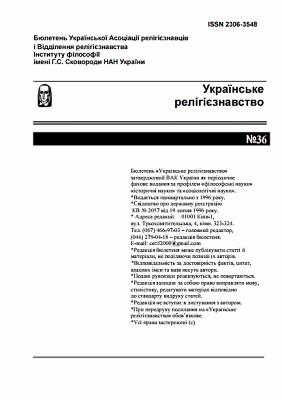