The Impact of Reformation Ideas on the Understanding of I.Ohienko by the Essence of Ukrainian Orthodoxy 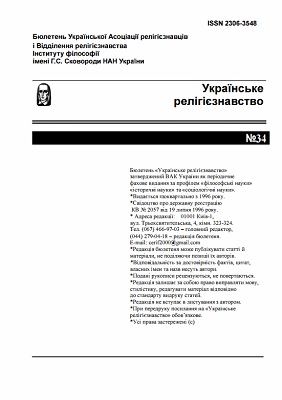