A View of Christianity through the Prism of Plato's Philosophy

The theme of the emergence of Christianity has always been and remains the problem, around which there continually undergo scientific discussions, due to the desire to recreate the origins of the historical birth of Christianity, to understand what served him as a kind of informational basis. Religious literature never existed in a certain conceptual unity in the understanding of the sources of Christian religiosity. Somewhere they fluctuate in one direction or another, depending on the ideological position of the researcher and his own attitude towards this religion. However, according to some distinguishing features, certain hypothetical points of view on the origin of Christianity are reduced to the characteristic two. The first one is the beginning of its emergence with Judaism, and considers Christianity to be a logical continuation and, so to speak, a successor, albeit largely different from him. The second - deduces the origin of Christianity from the sphere of Greek idealist thought as such, which served the generative cause of its foundation. 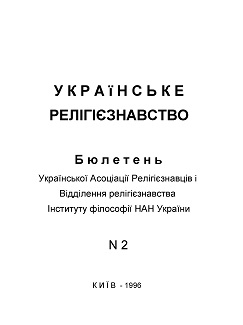