The presence of a large Muslim community in many European countries (most notably France, Germany, the United Kingdom, Italy, Spain), a growing role in the political processes of the Muslim population of Turkey, Albania, Macedonia, Bosnia and Herzegovina, the Kosovo region, the Kosovo region, and the Kosovo region. centers in European capitals, the emergence of international pan-European Muslim organizations attract the attention of researchers. The problem is whether modern Muslims are living in developed European countries as genuine Europeans, are they seeking full integration into European society, or are they looking to find themselves in a kind of new ghetto, delineated by the boundaries of religious and cultural differences. 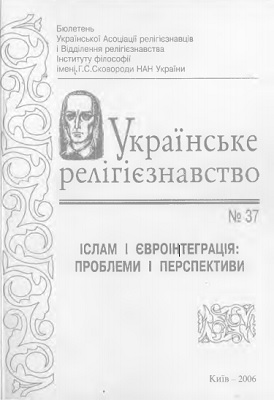