Since the beginning of the 1990s, the progressive growth and activity of various denominations, the controversial and turbulent processes of organizational development of religious and church life have become the object of close attention of sociologists and religious scholars. Statistical and sociological data have convincingly shown that the quantitative composition of religious communities and the number of existing denominations has increased ten times, that the religiosity of the Ukrainian population has become a mass phenomenon, and in the public consciousness and public opinion there have been significant shifts in the credibility of the Church's religious values. As a result, an increasing number of scholars have firmly argued for the era of “religious revival” in Ukraine. 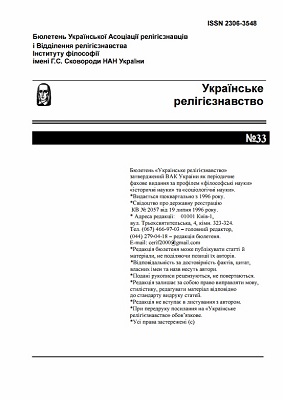