The globalization changes that are taking place in the modern world, on the one hand, actualize the desire to erase all sorts of borders, and on the other - the passionate desire to preserve at the same time their ethno-cultural and personal identity, which, of course, implies the elucidation of national and cultural identity. people, the peculiarities of his mentality, which is most clearly expressed in philosophical thought. Strengthening the process of political and cultural self-identification of Ukraine, the awareness of our culture as an organic component of world-wide forms of cultural life, makes it urgent to address its origins, in particular, the spiritual culture of Kievan Rus, where for the first time the issues of self-determination of the people and personality in the context of attaching to Christianity were raised. 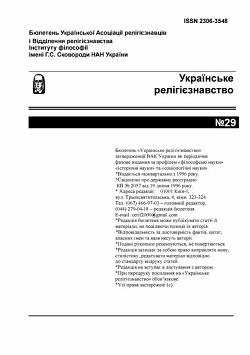