The emergence of Latin monks and the formation of Catholic monastic orders in Ukraine (X-XV centuries.)

The emergence of Latin monks, and then the spread of the monastic orders of the Catholic Church in Rus-Ukraine occurred in the conditions of political-religious transformations of the nineteenth century. Acceptance of baptism from Byzantium did not mean separation from Rome. The Eastern and Western churches were still in unity at that time. The Pope remained the formal head of all Christianity. In 988, as the Nikon Chronicle attests, the ambassadors from Rome and the relics of the saints were brought to the Prince of Kiev during his march to Korsun. It was about the relics of St. Clement, the Pope, found by Cyril and Methodius in the same Korsun on his return from a missionary journey to Khazaria. Two years earlier, according to a chronicle, Vladimir had received ambassadors from Rome who had invited him to adopt Christianity in Latin. There are reports that Vladimir also sent ambassadors to Rome. 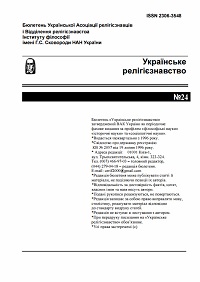